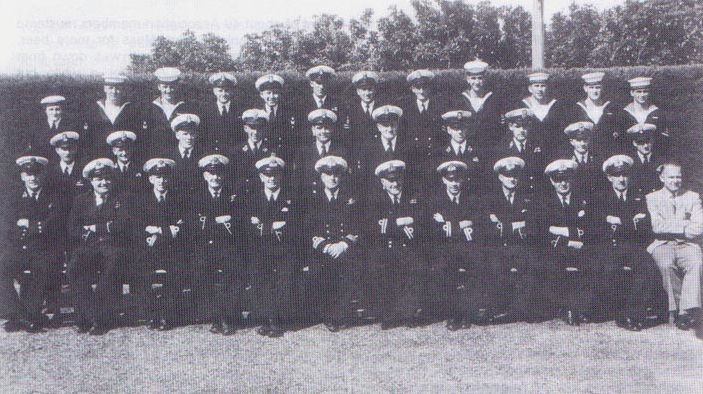 2nd Front Row L to R
‘Dizzy’ Dean, Bryce Diggle, Roger Gaydon, ‘Spider’ Curry, ‘Snow’ Harle, not sure which of the next two although Shorty suggests one is OIC Ted Lesch, Joe Melser or Melzer (with beard), Blank, Blank, George Sears, Blank, and I am not sure of the last on the right, but have guessed perhaps Frank Liddell ?

Front Row L to R (a lot of familiar faces once again, but names escape me) Here goes,
Is the first lad a very young Bill Aylott ?, then Blank, then 3rd from left Eddie Davern, and I think a lad by the name of Waldron (from W.A) 4th, ‘Buddy’ Clark, Brian Cecil, Arty Wyatt, Len Schraples, Blank, Blank, Blank, Blank and Stan Kean.